China is installing a 21st-century police state in its western frontier of Xinjiang, which is home to the Uighurs, a majority-Muslim ethnic minority.

Beijing is waging this crackdown partly because it sees Uighurs as a national security threat, and has tried to stoke Islamophobia to justify its controversial policies in the region.

As a part of the crackdown authorities have also been razing historic architecture around the region.

Over the past two years, China has started destroying mosques — either by removing various parts, like gatehouses and domes, or by razing the entire structure — around Xinjiang as part of its campaign to marginalize Muslim culture and “sinicize” religion in the country.

Scroll down to see before-and-after images of Uighur architecture being destroyed. They are just three of many such examples.

Satellite images taken in September 2018 and April 2019 appear to show that a mosque in Kargilik county, southwest Xinjiang, had been demolished completely. The two structures in the red box serve as location markers for the before and after images.

The photos were first analyzed by Nick Waters, an open-source analyst for Bellingcat.

This image taken on April 1, 2019, shows the mosque completely gone.

The gradual dismantling of a mosque as old as Notre-Dame

Satellite images analyzed by student activist Shawn Zhang and Waters show that parts of Keriya Aitika mosque, had been razed.

The mosque, located in the southwestern Xinjiang city of Keriya, dates back to 1237 AD — making it almost as old as the Notre-Dame Cathedral, which was completed in 1345 AD and was devastated by a massive fire earlier this month.

The photo below shows the gatehouse — which leads to the main prayer hall — of the mosque in 2012.Embed from Getty Images

That gatehouse now appears to be gone.

Here’s a satellite image of the gatehouse in October 2017, as Zhang and shared with Business Insider:

A satellite image of Keriya Aitika mosque as of October 14, 2017.Courtesy of Shawn Zhang

… and in May 2018. It appears to have completely disappeared.

A satellite image of Keriya Aitika mosque as of May 11, 2018.Courtesy of Shawn Zhang

According to two satellite images taken on March 19 and 20, 2018, it appears that the gatehouse and another building to its south — which leads into the main prayer hall — were destroyed some time on those two days.

Why the government chose to take down the gatehouse and the building behind it, but kept the main prayer hall, is not clear.

James Millward, a Uighur expert and professor at Georgetown University, suggested that mosque gatehouses have been targeted because they bear the domes of the places of worship.

Read more: China is using flimsy excuses to lock up its Muslim minority on a huge scale — here are some of the bizarre reasons people are in jail

1/6 My interpretation of the demolition of significant mosques (part or whole) in Xinjiang, based on @shawnwzhang ‘s gathering of satellite evidence: https://medium.com/@shawnwzhang/clarification-of-keriya-etika-mosques-current-situations-9678a6975a51 … @XJscholarsClarification of Keriya Etika Mosque’s Current SituationsI tweeted a tweet which suggests the 800 year old Keriya Etika (Aitika) Mosque has probably gone.medium.com

2/6 Need more textual confirmation, but my suspicion is that the gatehouses have been targeted, sometimes leaving prayer halls, because the gates bear the domes. Domes have been branded “Arabic” style architecture in PRC and vilified in the “sinicization of religion” campaign.54:30 AM – Apr 25, 2019Twitter Ads info and privacySee James Millward’s other Tweets

The razing of an ancient city to make for easier patrolling

China started its yearslong process to tear down the historic Old City of Kashgar, which is approximately 2,000-years-old and later became a tourist attraction, in 2009.

Regional authorities continue to demolish various parts of the historic city, though they have kept one or two well-known structures — like the Id Kah mosque — intact.

Uighur women sew caps in the 2,000-year-old neighborhood of Koziqiyabixi in Kashgar in October 2006. The Chinese government has razed a lot of narrow alleys in Kashgar’s Old City.Guang Niu/Getty

The government justified the destruction of the Old City and the construction of the “new Old City” — which would be complete with new apartment complexes and shopping malls — as a means to prevent the old structures from crumbling and to allow for better sanitation, The New York Times reported at the time.

The demolition has also created wider streets, which has made the area easier to patrol.

A Uighur man walks along a road that used to have traditional houses in the Old City of Kashgar in July 2017.Guillaume Payen/SOPA Images/LightRocket via Getty

Lawrence Butler, an Islamic architecture expert and emeritus professor at George Mason University, described the Old City as a “time-capsule” of Uighur history.

“What they’ve done to Kashgar breaks my heart — back in the 90s it was a wonderful time-capsule of a city, with the market and crafts neighborhoods surrounding the great mosque intact, so that one could appreciate the entire living organism of a traditional Islamic market town where the sacred and the commercial are intertwined and mutually supporting,” he told Business Insider.

“Razing that, preserving one or two isolated structures like the great mosque, destroys the historical context.”

“A concern frequently raised by Uighur observers is that Beijing wants to neutralize the Islamic monuments by Disney-fying them — polish them up, bring in the tourist buses, banish the Muslims,” he added.

The rubble of traditional Uighur houses set to be demolished in the Old City of Kashgar, to make way for new homes, in July 2017.Guillaume Payen/SOPA Images/LightRocket via Getty

Rachel Harris, an expert in Uighur culture and reader in ethnomusicology at SOAS University of London, wrote in The Guardian: “Whole cities are being redesigned to facilitate maximum security and surveillance of the local population.”

Scholars and activists have also warned of Beijing’s efforts to eradicate Uighur culture.

A Chinese flag flies over a local mosque that was closed by authorities in the Old City of Kashgar in June 2017.Kevin Frayer/Getty Images

The Xinjiang government denies that its destruction of historic Uighur architecture has anything to do with its Muslim crackdown.

“This argument that ‘shantytown redevelopment is intended to force some Uighur migrants to leave the city and place others in residential buildings that are easier to monitor’ is a slanderous fabrication,” it told The Wall Street Journal earlier this month.

Previous Story
Foreign Citizens and Residents Caught In Xinjiang Crackdown
Next Story
Her image is banned in China, but she’s showing her face to the world 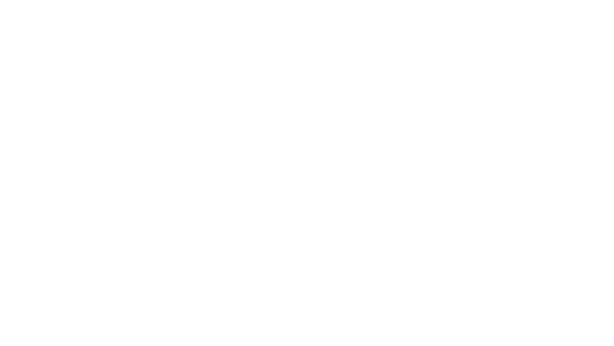 Shukr Foundation1 year ago
Photos from Shukr Foundation's post
Shukr Foundation
Our campaign image has been translated into Arabic, Turkish, German, and Malaysian. Check it out!
•
Thank you to @subimam for designing them

Shukr Foundation1 year ago
Photos from Shukr Foundation's post
Shukr Foundation
Our campaign image has been translated into Arabic, Turkish, German, and Malaysian. Check it out!
•
Thank you to @subimam for designing them

Follow on Instagram
To see the Instagram feed you need to add your own API Token to the Instagram Options page of our plugin.
SearchPostsLoginCart
End of Financial Year Giving
Time Is No Healer for Uyghur “Widows” and “Orphans” in Turkey
Shukr Foundation Charity Iftar 19th May 2019
Australian Uighurs search for answers as report details how China spies on Muslim minority
China’s Algorithms of Repression
To Live in Xinjiang Is Just Like Being Jailed