Much has been made of the advanced surveillance technology that China is employing to repress its citizenry, especially in Xinjiang and Tibet, but technological advances can be a double-edged sword, as they also allow others to see what Beijing is doing to destroy the cultures and religions in those areas.

Unlike the destruction the People’s Liberation Army was able to carry out in the 1950s during its occupation of Tibet, and the ravages wrought by the Red Guard zealots during the Cultural Revolution on centuries-old temples and monasteries, today’s technology, from satellite imagery to the Internet, is allowing those concerned to shed light on China’s efforts to decimate the Uighurs and other Muslims, their religion and their cultural heritage.

According to Reuters, satellite imagery has shown that 39 of China’s “re-education camps” in Xinjiang almost tripled in size between April 2017 and August last year, while online investigation Web site Bellingcat said that open-source imagery confirmed reports that the Chinese destroyed the 800-year-old Keriya Aitika Mosque in Hotan — even though it was listed in 2017 as a major historical and cultural site, which means its destruction would have required the Chinese State Council’s approval — as well as a large portion of the Kargilik Mosque.

A campaign to destroy mosques began in 2017, with authorities claiming that they were only demolishing dilapidated buildings that posed a safety threat to worshipers, but this has gone part and parcel with an increase in surveillance, ranging from facial recognition software to cellphone scanners, street checkpoints and home visits to identify possible extremists.

With every generation, it is becoming harder, if not impossible, for those in the outside world to say they do not know what is happening, as too many said about Nazi Germany’s concentration camps.

It should be made equally hard for other nations, world leaders and companies to continue “business as usual” with Beijing in the face of such knowledge.

Too few are willing to challenge Chinese President Xi Jinping (習近平), who receives red-carpet treatment and state visits in Asia and Europe as he pushes his Belt and Road Initiative, or the companies, be they Chinese or international, that sell the technology to Beijing that it needs to carry out its repression.

Beijing can call its concentration camps where it has imprisoned millions of Muslims “re-education camps,” or, as Xinjiang Governor Shohrat Zakir says, “boarding schools;” it can say that it is taking Uighur children from their families and sending them to orphanages or “bilingual” schools to “help disadvantaged children,” but the aim is the same: It is a systematic effort to erase Uighur culture, language and religion.

After the 1989 Tiananmen Square Massacre, the US and the EU imposed sanctions and embargoes on China, with the US suspending arms sales and export licenses for “crime control and detection instruments and equipment,” and the EU imposing arms exports restrictions, which Beijing has been working to have lifted ever since.

Those sanctions should not be lifted; if anything, they should be strengthened.

The 1948 UN Convention on the Prevention and Punishment of the Crime of Genocide defines genocide as “any of the following acts committed with intent to destroy, in whole or in part, a national, ethnical, racial or religious group, as such: killing members of the group; causing serious bodily or mental harm to members of the group; deliberately inflicting on the group conditions of life calculated to bring about its physical destruction in whole or in part; imposing measures intended to prevent births within the group; [and] forcibly transferring children of the group to another group.”

Thanks to modern technology, no one can say that they did not know.

Previous Story
In Australia, Muslims Call for Pressure on China Over Missing Relatives
Next Story
One Month, 500,000 Face Scans: How China Is Using A.I. to Profile a Minority 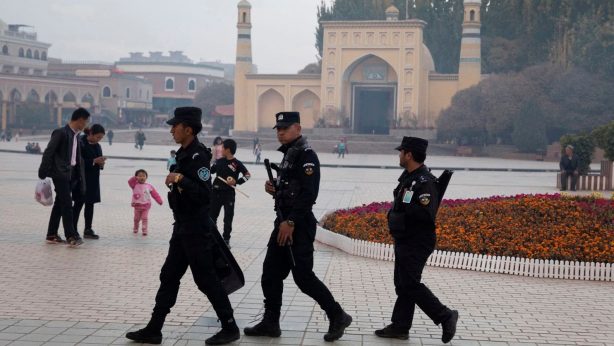